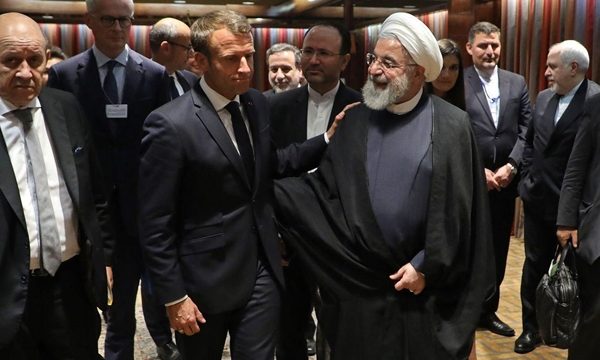 JCPOA not renegotiable: Rouhani to Macron

Iranian President Hassan Rouhani made it clear in a telephone conversation with his French counterpart that the 2015 nuclear deal would be not renegotiated by any means, stressing that the only way to revive the JCPOA is the termination of the US sanctions on Tehran.

In the phone conversation with French President Emmanuel Macron on Tuesday evening, Rouhani warned that missing the opportunity to save the Joint Comprehensive Plan of Action could make the situation more difficult.

“The stepwise reduction of commitments on the part of Iran was due to the withdrawal of the United States from the deal and the inability of the three European countries to fulfil their obligations,” Rouhani said, stressing that Iran’s measures can be reversed immediately after the other parties’ fulfilment of their obligations.

Rouhani said Iran’s move to stop the voluntary implementation of the Additional Protocol was made within the framework of the law passed by the parliament, according to the government’s official website.

He also noted that Iran’s cooperation with the International Atomic Energy Agency (IAEA) will continue and the country has not withdrawn from the JCPOA in any way.

“Any unconstructive action or position in the Board of Governors could lead to new challenges and complicate the current situation,” he warned.

Rouhani referred to France as an important actor and said, “Tehran-Paris relations can be developed based on a sustainable vision and with long-term goals for bilateral, regional and global cooperation.”

Referring to the coronavirus pandemic in various countries around the world, including Iran and France, the President said that effective confrontation with the virus requires the cooperation of all countries in the world.

“The United States’ cruel, illegal sanctions have made it more difficult for Iran to deal with this disease and made it difficult for the Islamic Republic to access its financial resources, even for the supply of medicine and medical equipment, and the European Union, especially France, is expected not to remain silent regarding this inhumane act,” Rouhani noted.

Macron, for his part, described the JCPOA as a necessity for the international community and stressed the need for the continuation of talks in order for all parties to return to the full implementation of their commitments.

He also stressed the need for the two sides to take the initial steps and said, “Europe is ready to be more active in the coming weeks to revive the JCPOA.”