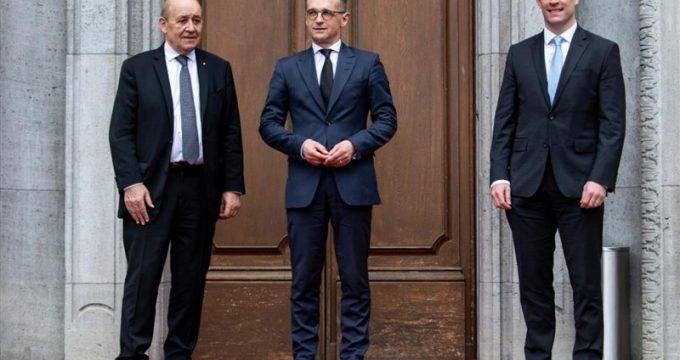 The three European signatories to the 2015 nuclear deal, known as the E3, have expressed regret over Iran’s decision to cease the voluntary implementation of the Additional Protocol to the Non-Proliferation Treaty (NPT) Safeguards Agreement.

In a joint statement released on Tuesday, France, Germany and Britain claimed that Iran’s actions are “a further violation” of the Joint Comprehensive Plan of Action (JCPOA) and “significantly reduce safeguards oversight” by the International Atomic Energy Agency (IAEA).

“We, the Foreign Ministers of France, Germany and the United Kingdom, deeply regret that Iran has started, as of today, to suspend the Additional Protocol and the transparency measures,” the statement read.

“The E3 are united in underlining the dangerous nature of this decision. It will significantly constrain the IAEA’s access to sites and to safeguards-relevant information. It will also constrain the IAEA’s ability to monitor and verify Iran’s nuclear programme and nuclear-related activities, as per its reporting mandate under United Nations Security Council resolution 2231,” it added.

At midnight on Monday, Iran stopped the voluntary implementation of the Additional Protocol that allowed the IAEA to carry out short-notice inspections of the country’s nuclear facilities.