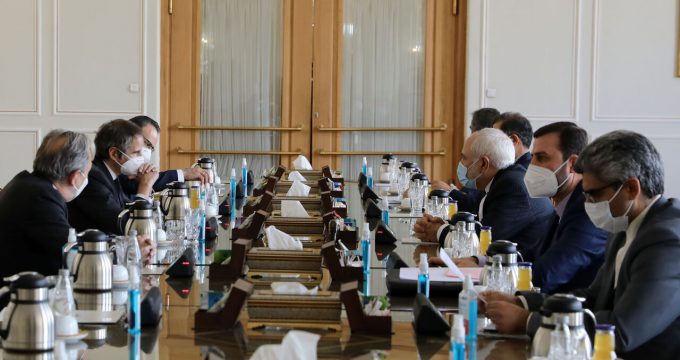 Grossi arrived in Tehran on Saturday and was welcomed by Spokesman for Atomic Energy Organization of Iran (AEOI) Behrouz Kamalvandi and Iran’s Representative in the International Atomic Energy Agency, Kazem Gharibabadi.

This is the second visit of Grossi to Iran since taking office as IAEA chief. The visit comes amid a countdown to the deadline set by Iran slated for February 23 to end the voluntary implementation of Additional Protocol (AP).

In early September, Grossi had his first visit to Tehran at the invitation of senior Iranian officials and in line with continuing Iran’s cooperation and commitments as a member of this international body.

Iran nuclear chief Ali Akbar Salehi had already said that after Iran wrote a letter to the IAEA to inform it of the Majlis strategic law of sanctions removal, Grossi demanded to make a visit to Iran, and Iran agreed with it.

Earlier today, Gharibabadi said in a Twitter message that Iran and the IAEA “held fruitful discussions based on mutual respect.”

Gharibabadi added that the results of the negotiations “will be released this evening”.