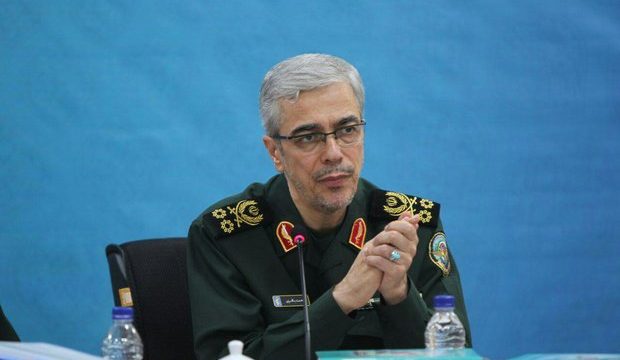 In a meeting with a senior Iranian cleric in Qom on Sunday, the top general highlighted the Iranian Armed Forces’ success in overcoming the enemy’s mounting pressures over the past two years after the US’ withdrawal from the JCPOA and the subsequent escalation of sanctions.

“The enemy ultimately left the region with humiliation and its dreams did not come true,” Baqeri said.

He added that the Iranian Armed Forces staged 10 war games on Leader of the Islamic Revolution Ayatollah Seyed Ali Khamenei’s orders after the previous US president Donald Trump mounted pressures during the last two months of his tenure and made a series of moves in the region.

The commander said the unplanned military exercises by Iran, which included various missiles, drones, as well as maritime and air defense systems, put an end to the “enemy’s mischief in the region”.

The enemy was forced to leave the region, while Iran’s security was preserved very well, he added.

In comments in January, Major General Baqeri said the recent military drills have displayed Iran’s power, thwarted possible plots, warded off the hostile threats posed by the adversaries, and heartened the Iranian nation.

The Iranian Army and the IRGC have held several massive exercises over the past months.