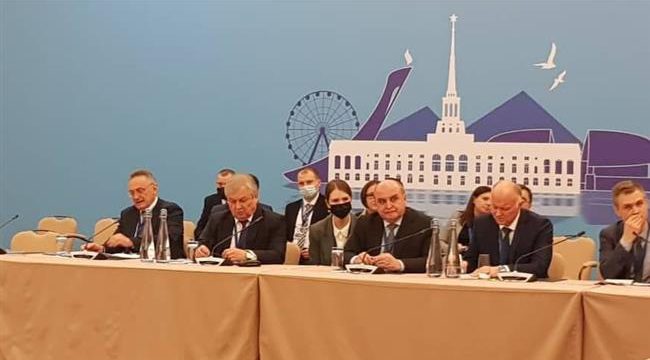 Iran, Russia and Turkey have launched a new round of negotiations in the Astana format between Syrian government delegates and representatives of foreign-sponsored opposition groups, months after the intra-Syrian peace talks were called off amid the coronavirus pandemic.

The 15th meeting of senior experts from the three guarantor nations of the Syrian peace process kicked off in Russia’s Black Sea resort city of Sochi on Tuesday, with a UN delegation in attendance.

The two-day international meeting will reportedly discuss issues such as Syria’s Constitutional Committee, the Damascus government’s sovereignty over the entire Syrian territories, reconstruction of war-ravaged areas, return of Syrian refugees, exchange of prisoners as well as ways to counter US and Western sanctions.

The talks are known as the Astana process, because Kazakhstan’s capital, Nur-Sultan, formerly called Astana, originally hosted the meetings.

A first deal was signed in Kazakhstan’s capital, arranging for the creation of de-escalation zones across Syria, including in parts of Idlib. The second one that came about in Sochi allowed Ankara to bring in a small number of forces to man the observation posts to reinforce de-escalation.

While the two deals have helped significantly reduce fighting in Syria, the conflict has not entirely ended, due in large part to Turkish failure to separate terrorists from what it calls “moderate” opposition groups in Idlib and Ankara’s dispatch of thousands of troops and heavy military hardware into the Syrian province to back the militants.