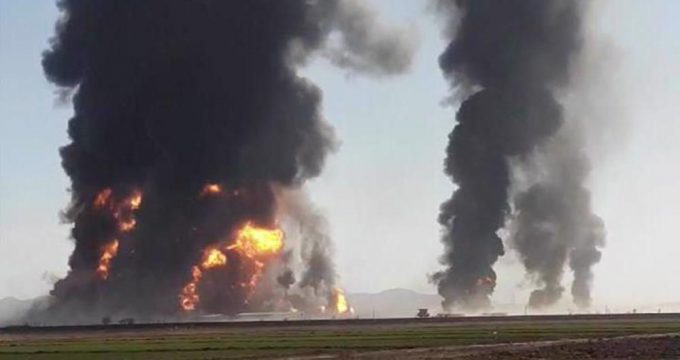 Iranian customs officials say a key crossing on the eastern border with Afghanistan has not been affected by a massive blaze that engulfed facilities on the other side of the border on Saturday.

A senior official from Iran’s Razavi Khorasan province said that the fire in Afghanistan’s Islam Qala border crossing had not spread to Iran’s Dogharoon post.

“Up to now there has been no report about damage on Dogharoon border terminal,” said Omid Jahankhah, who serves as supervisor of customs offices in Razavi Khorasan.

Earlier reports from Afghanistan’s province of Herat showed that dozens of fuel tankers were damaged in the massive explosion in Islam Qala.

The fire also caused massive damage to infrastructure at the area, including pylons that transmit electricity from Iran to the urban regions in Herat.

Jahankhah would not elaborate on the number of Iranian trucks damaged by the fire on the Afghan side of the border, saying details would emerge after an initial study of the situation on the ground.

Reports showed that at least 60 people had been injured in the blaze. Others said many lorry drivers are feared dead.

Iran is a major supplier of goods to Afghanistan and Dogharoon and Islam Qala terminals are busy with tanker trucks that transport fuel across the border.

The crossings also process passengers and cargo transit through Iran to Afghanistan and vice versa.

Iranian rescue teams and firefighters rushed to the scene of the explosion in Islam Qala after the governor of Herat asked for assistance, according to Afghan and Iranian media outlets.

Iran’s official IRNA agency said that the governor of Razavi Khorasan province had also traveled to the region to personally supervise the rescue operation.