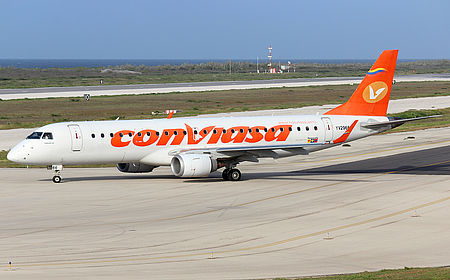 A plane carrying Iranian catalysts has landed in Venezuela to help jump-start the oil refineries in the South American country amid a fuel crisis, a report says.

Three people familiar with the matter and flight-tracking data confirmed the shipment of the catalysts to the 955,000 barrel-per-day (bpd) Paraguana Refining Complex, a crude oil refinery center in western Venezuela, Reuters reported.

According to air traffic monitoring website flightradar24.com, an Airbus plane belonging to Venezuelan state-run airline Conviasa arrived at the Las Piedras airport on the Paraguana peninsula on February 11 after taking off from Tehran the previous day, with a stopover in Belgrade.

The plane was carrying catalysts intended for the state oil company Petroleos de Venezuela (PDVSA), said the three people, who were speaking on the condition of anonymity, adding that over a dozen further similar flights are expected.

One of the informed people said Cardon is currently the only Venezuelan refineries producing gasoline and the nearby 645,000 bpd Amuay refinery is producing naphtha to serve as a feedstock.

The Iranian catalysts, he added, are expected to help restart gasoline production at Amuay, whose catalytic cracker has been offline since late 2019, in anticipation of planned maintenance at Cardon.

Iran and Venezuela, both OPEC members, have boosted their economic ties in recent years.

Close Tehran-Caracas relations have infuriated the US, which has imposed illegal sanctions on both countries with the aim of crippling their oil sectors.

In May 2020, a US official said then president Donald Trump’s administration was considering responses to Iran’s fuel supply to Venezuela, prompting Tehran to warn of retaliatory measures if Washington causes any problem for the tankers.

On Friday, the UN special rapporteur on unilateral coercive measures and human rights urged the US, the European Union and other states to remove their unilateral sanctions against Venezuela.

Alena Douhan made the request in a preliminary report published at the end of her two-week visit to Venezuela.

She warned that the restrictive measure have exacerbated the country’s “pre-existing calamities” and resulted in the economic, humanitarian and development crisis.

“Lack of necessary machinery, spare parts, electricity, water, fuel, gas, food and medicine, growing insufficiency of qualified workers many of whom have left the country for better economic opportunities, in particular medical personnel, engineers, teachers, professors, judges and policemen, has enormous impact over all categories of human rights, including the rights to life, to food, to health and to development.” the UN official remarked.