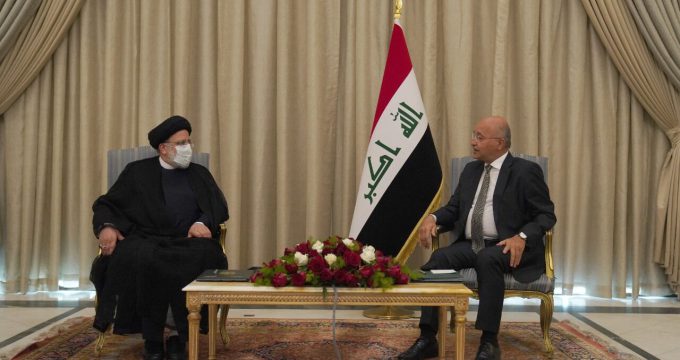 Raisi, who is in Baghdad, had earlier visited the martyrdom place of the IRGC commander Lt General Qassem Soleimani and his comrades near to pay homage to them.

Also, he gave a speech in Baghdad on the occasion of the 42nd anniversary of the Islamic Revolution.

Raisi arrived in Baghdad on Monday night at the official invitation of the head of Iraq’s Judiciary Faegh Zeidan, on a three-day visit.

He is to meet and hold talks with Iraqi Parliament Speaker Mohamed al-Halbousi.