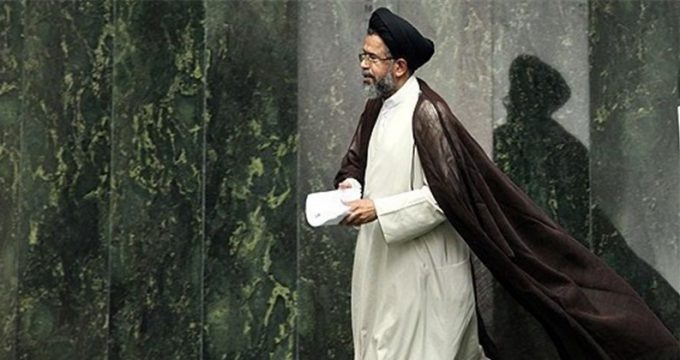 Iran’s intelligence minister has warned that his country could push for a nuclear weapon if harsh international sanctions on Tehran remain in place, state television reported.

The remarks by Mahmoud Alavi on Tuesday marked a rare occasion in which a government official said Iran could reverse its course on the nuclear programme.

Tehran has long insisted that the programme is for peaceful purposes only, such as power generation and medical research. A 1990s fatwa, or religious edict, by the country’s Supreme Leader Ali Hosseini Khamenei states that nuclear weapons are forbidden.

“Our nuclear programme is peaceful and the fatwa by the supreme leader has forbidden nuclear weapons, but if they push Iran in that direction, then it wouldn’t be Iran’s fault but those who pushed it,” Alavi was quoted as saying.

“If a cat is cornered, it may show a kind of behaviour that a free cat would not,” he said, adding that Iran has no plans to move towards a nuclear weapon under current circumstances.

In 2018, US President Donald Trump unilaterally withdrew the United States from a nuclear deal signed between Iran and world powers three years earlier and reimposed crippling economic sanctions on the Iranian economy as part of a “maximum pressure” campaign.

In response, Iran began to gradually violate its commitments under the landmark accord. As part of those steps, Iran has begun enriching uranium closer to weapons-grade levels and said it would experiment with uranium metals, a key component of a nuclear warhead. Iran insists that all breaches of the pact are easily reversible.