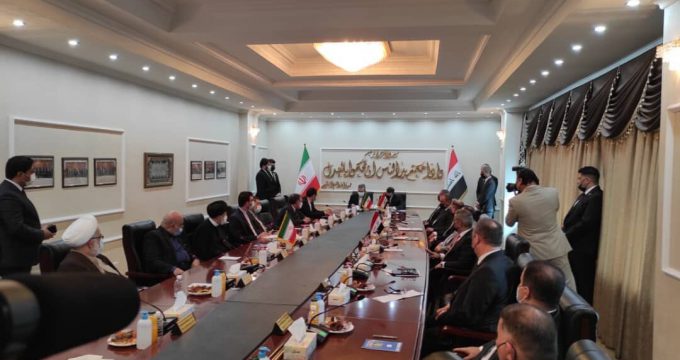 The documents were signed on the sidelines of a meeting between visiting Iranian Judiciary Chief Ebrahim Raeisi and Chairman of the Iraqi Supreme Judicial Council Faiq Zidan.

During the meeting, the two officials discussed the expansion of judicial and legal cooperation between the two neighboring countries.

Raeisi arrived in Baghdad at the head of a top-ranking delegation on Monday night and was accorded an official welcome by his Iraqi counterpart early on Tuesday.