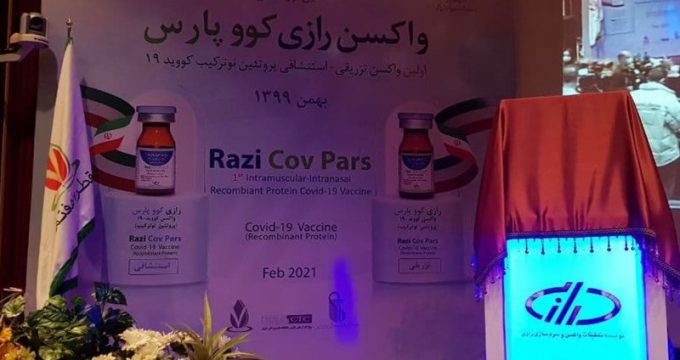 The second Iranian vaccine for the coronavirus, administered via injection or inhalation, was unveiled on Sunday.
The homegrown vaccine, developed by the Razi Vaccine and Serum Research Institute, will undergo human trials tomorrow.

Cov-Pars is a vaccine based on a recombinant protein that can be injected or inhaled.

In comments at the unveiling ceremony, Health Minister Saeed Namaki said Iran is going to become the main hub of vaccine production in the world in the coming months.

The first Iranian vaccine, financed by the Barakat Foundation, has already been injected to several volunteers, all of whom are in good health.

Officials say Iran will receive around 16 million doses of vaccines through the World Health Organization’s COVAX program, import more than 25 million doses from abroad, and produce 25 million other doses inside the country.

According to Iran’s Food and Drug Administration, the country has purchased 2 million doses of Russia’s Sputnik-V vaccine, the first shipment of which arrived in Tehran on February 4.

The first group of Iranians to get the imported vaccine this week will be the healthcare and medical staff.