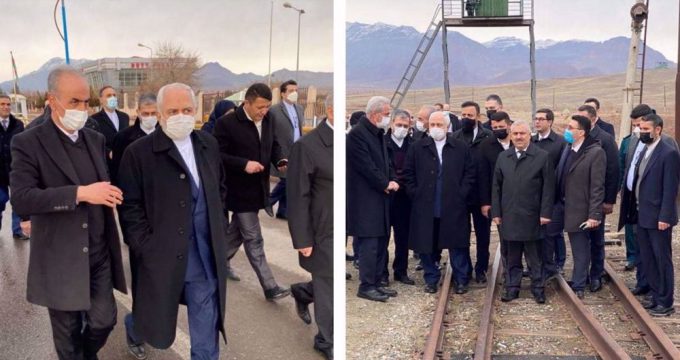 Speaking on the sidelines of his visit to Jolfa border customs office, meeting with official in Nakhchivan and visiting Iran-Nakhchivan border, Zarif said the first road which can be inaugurated would be Jolfa-Nakhchivan-Armenia, adding that it will help economic development in Jolfa and Aras.

During his visit, Zarif was briefed on the status of border trade between two countries.

He expressed happiness over ending war in Karabakh and hoped for establishing peace and friendship in the region.

Referring to his negotiations with officials of the regional states, he said closure of roads after the conflict in Karabakh was discussed and their opening will benefit all.

Pointing to various facilities in the region, Zarif underlined blocking ways to conflict and restoring sustainable peace in the region.