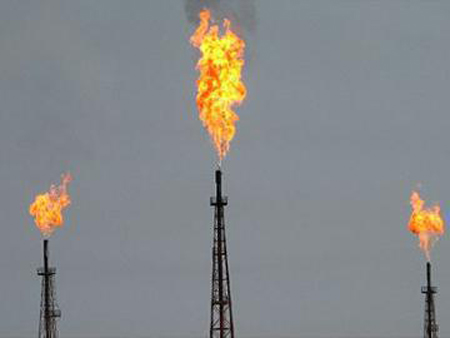 Iran has decided to build strategic reserves for 30 million barrels of oil as a buffer against the impact of sanctions, the CEO of the Iranian company in charge of the project says.

Under the plan, 60 strategic petroleum reserves (SPRs), each with a capacity to store 500,000 barrels, will be built on the Qeshm island in the Persian Gulf, Panahsaz Iran Engineering Co’s Gholamreza Zenalpour told IRNA news agency.

His company is a leading provider of infrastructure, technology and construction services in Iran, which has helped indigenize the construction of gas condensate reserves.

Several years ago, the company took up building cryogenic reserves for gas condensate, which requires storage at ultra-cold temperatures, after foreign companies shunned dealing with Iran under the threat of sanctions.

Panahsaz, which has built all the LPG reserves for the super-giant South Pars gas field, took advantage of cutting-edge services provided by knowledge-based Iranian companies to localize the technology, Zeynalpour said.

“With the measures taken, not only was there no disruption in the absence of foreigners, but specialized workforce was trained in the company and the knowledge became localized with the saving of costs,” he told a news conference in Tehran Monday.

According to Zeynalpour, the cost of building reserves by his company is about 40 percent lower compared to foreign companies.

In South Pars, 50 million euros was saved in each eight phases of the field for construction of LPG reserves, he said.

Head of the company’s board of directors, Amir Ebrahim-Afrooz, said Iranian companies are now capable of competing with international rivals in designing and operating petroleum reserves.

“If sanctions are lifted, we will enter the export market of technical and engineering services,” he said of the company, which has been qualified to vie for a project in Oman along with South Korea’s Hyundai.

Foreign sanctions have been a boon to domestic manufacturers who have thrived under the new situation through mobilizing their resources to fulfill some of the tasks which were an exclusive competence of foreign companies.

Ebrahim-Afrooz said trust in domestic companies has increased under the sanctions.

When the Europeans intensified sanctions on Iran in 2012, Panahsaz started work on designing petroleum reserves – an area which was a monopoly of foreign companies.

On the Qeshm island, Iran is building a new oil terminal along with a bevy of bunkering and storage facilities. Last September, the country opened the first phase of the terminal.

Iran 30-million-barrel strategic reserves January 26, 2021
Qatar stresses resolve to boost already ‘excellent’ ties with Iran
Iran will only respond to actions, not words: Zarif to US