In a tweet on Sun. the Official Indonesia Coast Guard (IDNCG) announced that it has seized two oil tankers in the Pontianak Wars, one of which has been Iranian. 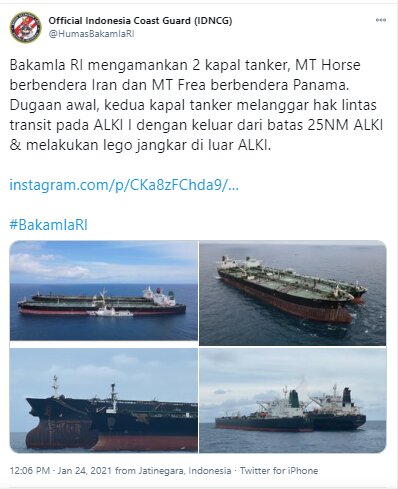 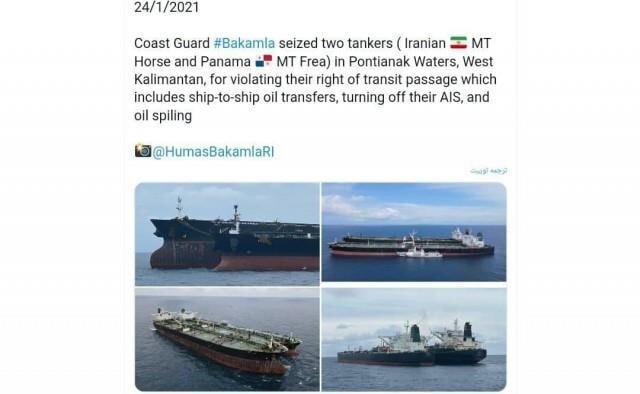