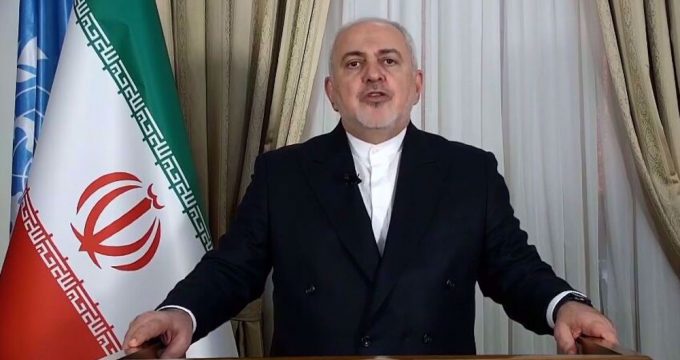 Foreign Minister Mohammad Javad Zarif said on Monday that Iran is seeking neither tension nor war and the measures taken by US President Donald Trump’s administration will have no effects on the will of the Iranian people.

On the sidelines of a meeting with the National Security and Foreign Policy Commission of the Iranian parliament about Iran’s measures to avenge the assassination of anti-terror commander Lieutenant-General Qasem Soleimani who was assassinated by the US army at the instruction of Trump, Zarif said both at international and bilateral levels, the Foreign Ministry has done the legal actions in Iran and Iraq for the matter.

Referring to Trump’s moves against Iran on his last days, Zarif said that Iran is seeking neither tension nor war, but the measures taken by the lame-duck government in the US has no effect on the will of the Iranian people.

He added if anyone intends to invade Iran, they should take into consideration the records of the previous ones.

Regarding the issue of Nagorno-Karabakh, he said Iran supports the territorial integrity of Azerbaijan and opposes attacks on residential areas, especially Ganja, which is historical heritage.

Regarding the law of strategic measure passed by the Iranian parliament to remove the sanctions, he also said that regardless of its own analysis, the Ministry of Foreign Affairs will obey the laws of the country and that it is the base of democracy.