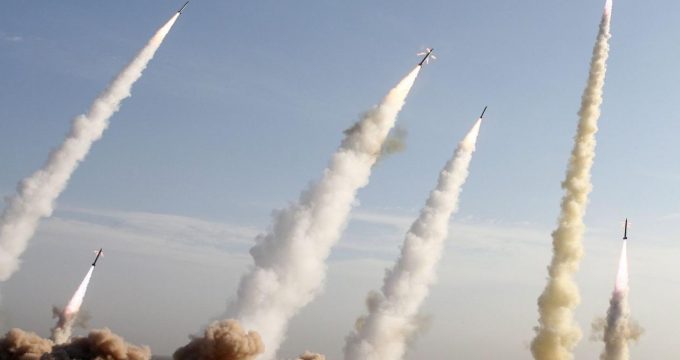 The Islamic Revolution Guards Corps Aerospace Force blasted targets in the northern parts of the Indian Ocean with long-range ballistic missiles in a military exercise underway in Iran’s inland deserts.

Various classes of long-range ballistic missiles were launched in the final stage of the war game on Saturday morning to detonate the hypothetical enemy’s warships from a distance of 1,800 kilometers.

In the final stage of the large-scale exercise in the Central Desert of Iran, the IRGC’s ballistic missiles hit locations in the northern areas of the Indian Ocean.

The military exercise, codenamed Payambar-e Azam 15 (The Great Prophet 15), is an annual drill that includes a combination of missile and drone operations.