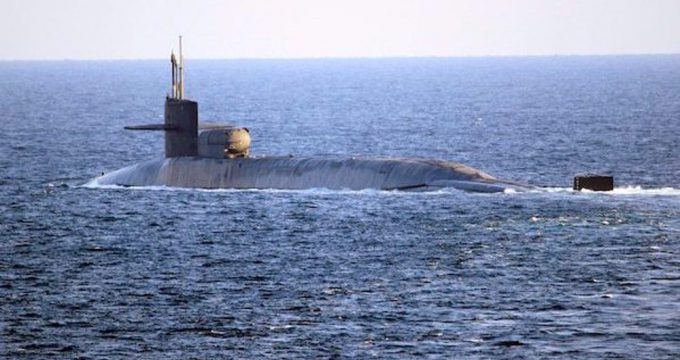 During the final stage of the ‘Eghtedar 99’ drill, the Iranian Navy identified and spotted a foreign submarine approaching the military exercise area in northern parts of the Indian Ocean.

As reported, the submarine was intended to approach the Army Naval exercise area in the North Indian Ocean.

The submarine was spotted by anti-submarine helicopters but left the area immediately after learning of its identification.

The two-day ‘Eghtedar 99’ naval drill kicked off on Wednesday morning in Makran Coast and the northern Indian Ocean.