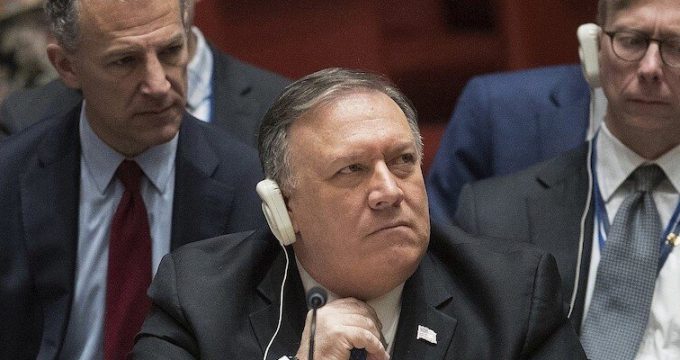 Outgoing US Secretary of State Mike Pompeo has reportedly been spotted dining with Yossi Cohen, head of Israel’s Mossad spy agency, at a café in Washington ahead of a planned anti-Iran speech by the top US diplomat.

The White House reporter for US-based POLITICO broke the news in a tweet published on Monday night.

The meeting came one day before Pompeo’s televised speech at the National Press Club in Washington, where he reportedly plans to use what is said to be “declassified US intelligence” to publicly accuse Iran of ties with the al-Qaeda militant group, an allegation roundly rejected by Tehran.

Speaking on condition of anonymity, two people familiar with the matter told Reuters that Pompeo is expected to claim that Iran has given safe haven to al-Qaeda leaders despite skepticism within the intelligence community and Congress.

He could cite the information on what the US and Israel claim to be the killing of al-Qaeda’s suspected second-in-command in Tehran last year, they added.

Citing unnamed intelligence officials, The New York Times claimed last November that Abdullah Ahmed Abdullah, the al-Qaeda’s second-in-command who went by the nom de guerre Abu Muhammad al-Masri, had been gunned down by two armed assassins on a motorcycle in northern Tehran in August.

The paper said al-Masri, who had been charged with helping to mastermind the 1998 bombings of two US embassies in Africa, had been killed in Iran by Israeli operatives acting at the behest of the United States.

Iranian Foreign Ministry Spokesman Saeed Khatibzadeh said the report was based on “false information,” rejecting the presence of any of the terrorist group’s members in the country.

Underlining that the al-Qaeda has been the brainchild of the United States and its allies’ wrong policies, he stressed, “From time to time, Iran’s foes — the United States and Israel — try to shirk responsibility for the criminal acts of al-Qaeda and other terrorist groups in the region and link Iran to such outfits by lying and leaking false information to the media.”