No one is fooled. All 9/11 terrorists came from @SecPompeo’s favorite ME destinations; NONE from Iran.” 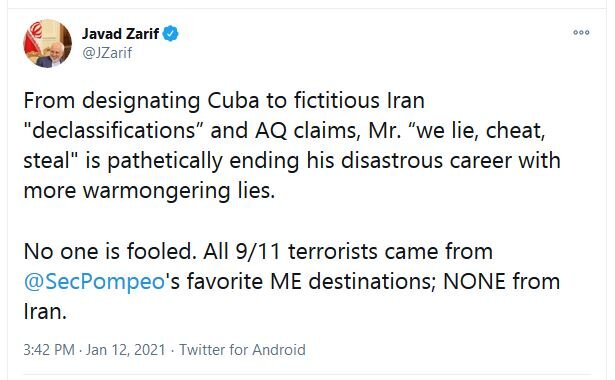 Referring to newly declassified US intelligence, US Secretary of State Mike Pompeo made baseless claims on Tuesday that the Islamic Republic of Iran has been cooperating with al Qaeda.

Mike Pompeo said on Tuesday, without providing hard evidence, that al Qaeda had established a new home base in Iran and the United States had fewer options in dealing with the group now it was “burrowed inside” that country.