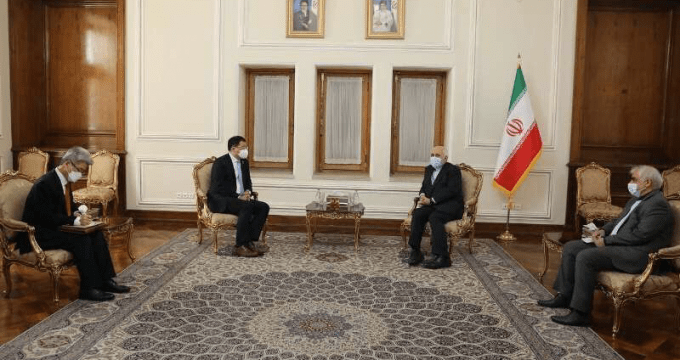 Iran’s Foreign Minister Mohammad Javad Zarif said on Monday that the biggest obstacle to the development of Iran-South Korea relations under the current circumstances is restrictions on Iran’s foreign exchange resources by South Korean banks.

South Korean Deputy Foreign Minister Choi Jong-Kun, who headed a delegation to Tehran to discuss resolving the problems of relations between the two countries, particularly the issue of Iran’s financial resources in the country, met and held talks with Zarif.

In this meeting, Zarif said that the biggest obstacle to the development of relations between the two countries in the current situation is restrictions imposed on Iran’s foreign exchange resources with South Korean banks.

He urged the South Korean government to take the necessary measures to remove the obstacles as quickly as possible.

Given the health and economic consequences of coronavirus, the main priority of the relations between the two countries is to provide access to Iran’s financial resources in South Korea, he noted.

Zarif stated that the illegal action of South Korean banks has negatively affected the Iranian people’s view of South Korea and has seriously damaged the image of the country among the Iranians, consequently the Iranian Parliament members emphasize their legal right to enter the issue and stress that this problem should be resolved as soon as possible.

Stressing South Korea’s will to solve the problem, Jong-kun noted that Seoul will use all its power to provide access to these resources.

Referring to the seizure of the ship belonging to South Korea, two parties also held talks.

Zarif stressed that the South Korean ship has been seized due to polluting the waters of the Persian Gulf, so it is merely due to technical issues that are being pursued within the framework of legal and judicial regulations.