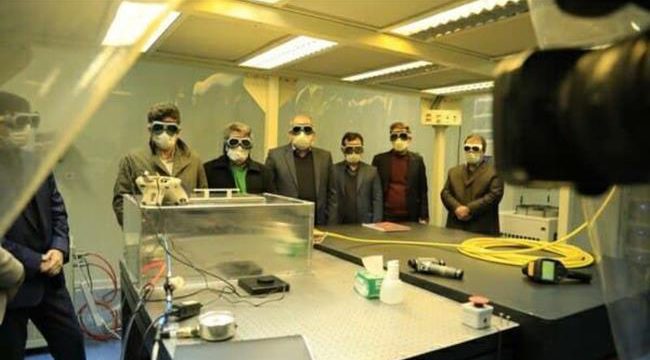 The Atomic Energy Organization of Iran (AEOI) says it has obtained the technology to develop high-power laser applications.

The AEOI said in a Saturday statement that scientists and experts in the agency had successfully carried out a hot test on a 10-kilowatt high energy laser application that is planned for use in a large steel mill in central Iran.

The statement said the test had been carried out in a lab at the National Center for Laser Science and Technology and in the presence of AEOI officials and a delegation from Foulad Mobarakeh, a company located in the Isfahan province which is seeking to use the technology.

It said the successful test meant that Iran is now a member of the club of five countries in the world that possess the technological know-how to develop high-power laser applications. The statement did not elaborate on the name of other countries or companies that are capable of developing such laser applications.

Lasers with high output of energy have unique applications in various industries, including in steel manufacturing where the technology is required for welding, cutting, and other operations.

Foulad Mobarakeh is planning to use the home-grown high-power laser in lieu of a gas laser application which has been developed and procured to the company by a European supplier.

It took almost a year for technicians and scientists in the AEOI to develop the technology, said the agency’s Saturday statement, adding that the breakthrough was a sign that Iran is well capable of responding to its technical demands even at a time of increased pressure by the US.

The AEOI has been one of the main targets of American sanctions in recent years mainly because of its role in the development of Iran’s peaceful nuclear program.