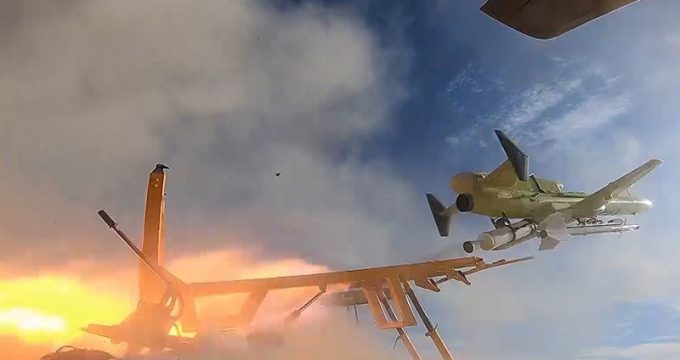 Iranian Army experts have dramatically increased the flight endurance of suicide UAVs, manufacturing drones with an operational range of 4,000 kilometers, a commander said.

The spokesperson for an ongoing drone war game staged by the Iranian Army said on Wednesday that the homegrown military suicide drones can conduct nonstop sorties to hit targets at a range of 4,000 km.

Admiral Mahmoud Mousavi said the Army’s long-range suicide drones took off from the southern coasts of Makran on Wednesday and hit targets at the war game zone in the Semnan province after traveling 1,400 km.

During the exercise, the Army has for the first time utilized Arash suicide and anti-radar drone with a portable launcher.

Various unmanned aircraft are taking part in the drill in Iran’s northern province of Semnan for different operations including aerial interception, the launch of air-to-air missiles, the detonation of ground targets with bombs and missiles with pinpoint accuracy, and suicide strikes.