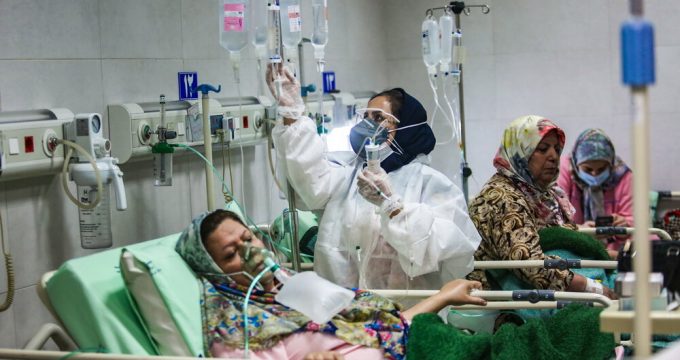 Spokeswoman for Iran’s Ministry of Health and Medical Education Sima Sadat Lari announced here on Wednesday that the COVID-19 death toll in Iran has dropped to 82 during the past 24 hours.

Lari said that another 82 people have lost their lives due to the deadly virus during the past 24 hours in Iran.

According to her report, the number of the total death toll reached 55,830 after claiming the 82 lives in the country.

Meanwhile, the reports show a decrease in the number of the dead which has been three-digit since the past six months, she added.

Elaborating on the latest situation of the coronavirus pandemic in Iran, Lari said that 6,283 new cases infected by the COVID-19 were found over the past 24 hours, some 603 of whom have been hospitalized.

She went on to say that 1,261,903 Iranians have totally been confirmed infected, some 1,040,521 of whom have either recovered or been discharged from hospitals.

Lari further underlined that 4,780 COVID-19 patients are in critical conditions and under treatment in intensive care units.

She added that 7,939,633 tests have so far been undergone in Iran since the outbreak of the virus nationwide in February and worldwide in December 2020.

As she stated, four Iranian cities are presently in red zones while 43 are orange and 401 are yellow.

Since its outbreak, the COVID-19 pandemic has killed over 1,875,000 people across the world.

New virus recently found in the UK has raised concerns worldwide about the future of the deadly virus.