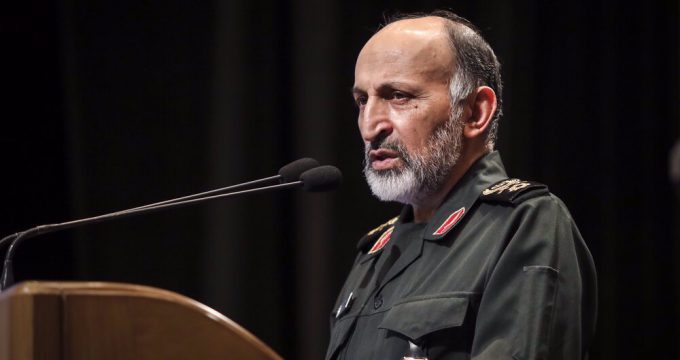 A senior Iranian military commander says intelligence shows that the Israeli regime and Saudi Arabia are trying to drag the United States into war with Iran in order to complicate matters for the next American administration.

The official said his warning about the incitement to war was not something deduced from mere “analysis,” but it had been verified through actual intelligence that the Islamic Republic had received.

“The Zionist regime [of Israel] and countries such as Saudi Arabia are trying to bring about a crisis and tension during Trump’s final days, and achieve their goals [thereby],” Hejazi said.

He said although outgoing US President Donald Trump was entangled in attempts to disprove his electoral loss and that the American apparatuses, such as the military, could decide against falling into line with a potential decision for a military action, Tel Aviv and Riyadh would still try “to drag him into a vortex.”

“They (the Israeli and Saudi regimes) want to exact revenge on Iran and put the next US president on a downward path, from which he would not be able to return,” the commander said.

He said the dual regimes had launched the campaign because the policies that have been announced by Trump’s successor, Joe Biden, do not sit well with them.

However, the Islamic Republic and its Armed Forces “are prepared and on alert and keep the Americans’ movements under surveillance,” the official said.

He, therefore, warned Washington against inviting trouble for itself and its supporters by resorting to adventurism.