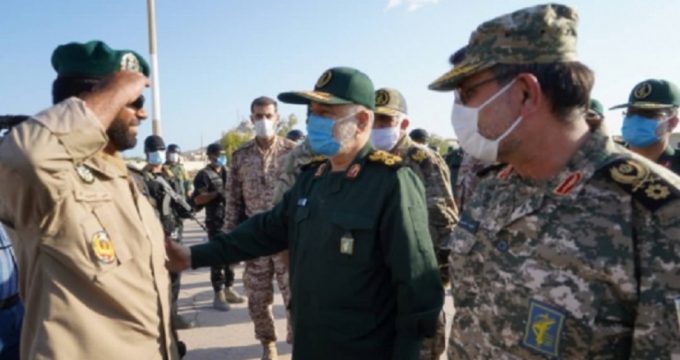 Commander of the Islamic Revolution Guards Corps Major General Hossein Salami has visited the IRGC military bases on Iran’s southern island of Abu Musa in the Persian Gulf on Saturday as tensions with the US mount in the region.

The Tensions between Tehran and Washington escalated during the past days as  Iranians and Iraqis were preparing to mark the first anniversary of the martyrdom of their popular commanders, namely Lieutenant General Qassem Soleimani and Abu Mahdi al-Muhandis, who were assassinated in a US drone strike on January 3.

The strike, which was directly ordered by Trump, triggered a strong anti-American backlash across the region, leading to growing calls for the US military to end its presence in the Middle East.