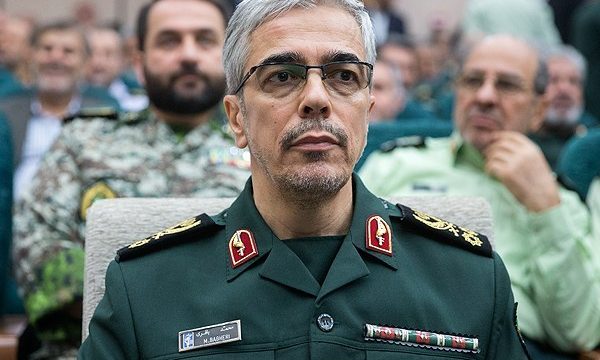 Chairman of the Chiefs of Staff of the Iranian Armed Forces Major General Mohammad Baqeri says revenge for the assassination of anti-terror commander Lieutenant General Qassem Soleimani “has no expiry date,” stressing that the withdrawal of American forces from West Asia is “inevitable.”

Baqeri made the remarks in a message released on Thursday ahead of the first anniversary of the martyrdom of General Soleimani by the US military on January 3.

He underlined the need for efforts to understand General Soleimani’s school of thought, saying Iran and other freedom-seeking nations are determined to take revenge from those who ordered and perpetrated the terrorist crime.

“January 3 is reminiscent of a tragic event in the history of the Islamic Republic of Iran, in which …a brave man who destroyed Daesh — the most violent Takfiri terrorist organization nurtured by the US and its stooges — for the security of nations, especially the Muslim Ummah, was cowardly martyred at the hands of the most vicious enemy of the world’s Muslims and the Islamic Republic, i.e. the arrogant and terrorist US government,” he added.

General Soleimani, the commander of the Quds Force of Iran’s Islamic Revolution Guards Corps (IRGC), and his Iraqi trenchmate Abu Mahdi al-Muhandis, the deputy head of the Popular Mobilization Units, were assassinated along with their companions in a US terror drone strike authorized by President Donald Trump near Baghdad International Airport on January 3.

Both commanders were highly popular because of the key role they played in eliminating Daesh in the region, particularly in Iraq and Syria.

Two days after Washington’s assassination operation, Iraqi lawmakers approved a bill, demanding the withdrawal of all foreign military forces led by the United States from the country.

lsewhere in his message, Baqeri said, “Martyr Soleimani was a national and Islamic hero as well as a great commander of the resistance front, who united Muslim nations under a single command and school of thought, strengthened the resistance front against the arrogance and the child-killing Zionist regime, and broke the hollow hegemony of the US.”

The enemy, who could not stand against General Soleimani on the battlefield, killed the commander under the imagination that it would break the chain of the resistance, he noted.

However, the million-strong funeral processions showed that the school of thought founded by General Soleimnai in the region is much stronger than to be shaken by a cruel act.

Baqeri also stressed that the commander’s martyrdom “strengthened the resolve of the revolutionary youth … to expel the United States from West Asia, something which was dreamt by General Soleimani and all resistance fighters across the globe.”

“The revenge for the assassination of General Soleimani has no expiry date and the revolutionary youth of the region and the world will make double efforts to achieve this goal,” he said.