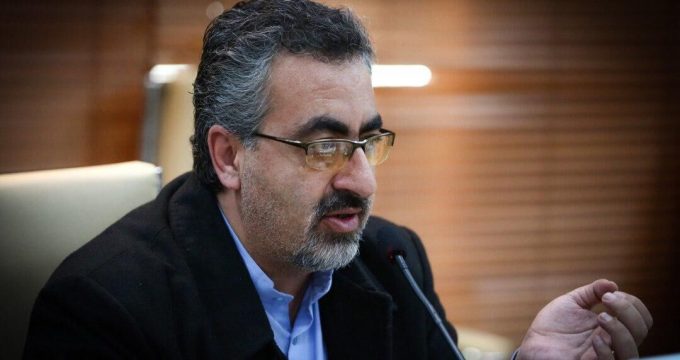 An Iranian Health Ministry official says the production of coronavirus vaccine in cooperation with Cuba is one of Tehran’s priorities after such other alternatives as purchasing from a foreign country and participation in the World Health Organization’s COVAX program.

Kianoush Jahanpour, the spokesman of the Iran Food and Drug Administration (IFDA), made the comment on Friday as he explained the country’s various measures for the provision of the Corona vaccine.

“Probably, the first corona vaccines to arrive in Iran are through direct purchases from a foreign country, followed by Iran’s quota from the COVAX basket, then the joint production of the Pasteur Institute of Iran with a Cuban company, and then the Iranian vaccine,” Jahanpour said in an interview with the official IRNA news agency.

The Iranian official highlighted joint cooperation between Tehran and Havana in the production of the COVID-19 vaccine and said its test and trial is under way in three phases.

“Phase one of the human clinical trial of the corona vaccine has been successfully performed in Cuba, the second phase of the human clinical trial is currently being conducted under the supervision of the Pasteur Institute of Iran in Cuba, and providing the success of the second phase, phase three of the human-based study — as announced by the head of the Pasteur Institute of Iran — will be done in Iran in the final months of the year,” Jahanpour noted.

The IFDA’s spokesman said the technology of production of a joint vaccine between Iran and Cuba is Subunit and this technology is to be transferred to Iran during the joint cooperation.

Subunit vaccines are composed of protein or glycoprotein components of a pathogen that are capable of inducing a protective immune response and may be produced by conventional biochemical or recombinant DNA technologies.

On Tuesday, Iran began the first phase in the human trial of the homegrown COVID-19 vaccine after successfully completing the initial steps, including tests on animals, and obtaining necessary approvals.

The vaccine, dubbed Coviran Barekat and produced by Iranian experts at the Headquarters for Executing the Order of Imam Khomeini, was administered to three volunteers at a ceremony in Tehran.

Iran reported the first cases of the coronavirus in mid-February 2020, soon becoming a hub where the deadly virus rapidly spread, making the country one of the hardest-hit in the region.

Iran is under illegal, inhumane sanctions imposed by the United States, which have hampered its access to medical equipment and pharmaceuticals, and complicated the process of importing vaccines from other countries.

President Hassan Rouhani assured people over vaccine supplies last week, saying that his administration is doing its utmost to deliver both domestic and foreign vaccine shots to people.

The country has moved neck-and-neck with the rest of the world, and even better than many countries, in trying to develop and manufacture an effective and safe vaccine for the disease, Rouhani said at a cabinet session.