Foreign Minister Mohammad Javad Zarif warned the US that Iran is fully prepared to defend its people and security.

“Instead of fighting Covid in US, @realDonaldTrump & cohorts waste billions to fly B52s & send armadas to OUR region,” tweeted Zarif on Wednesday amid the reports of American aircraft flying in the Persian Gulf region.

“Intelligence from Iraq indicate plot to FABRICATE pretext for war,” he said. 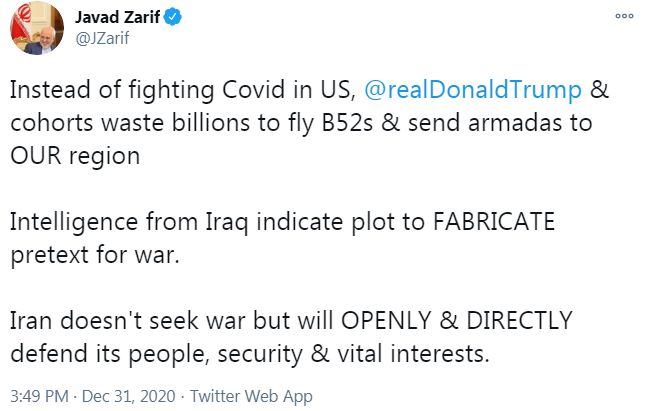 Earlier in the day, Head of Iran’s Strategic Council on Foreign Relations Kamal Kharrazi termed the military moves of the US in the region a ‘psychological war’.

The moves come on the eve of the first anniversary of the US’s assassination of Lt. Gen. Qassem Soleimani.