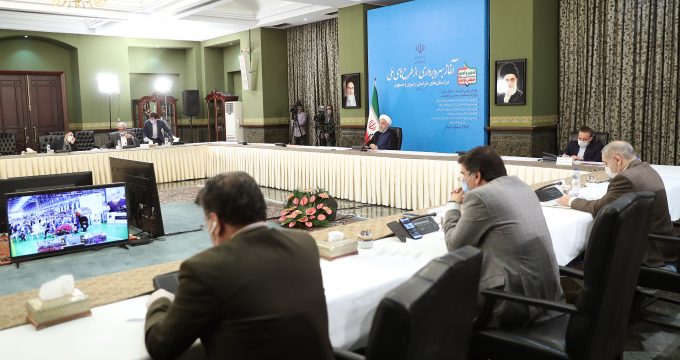 The Iranian government will sell its stakes in major state-run companies to pay for cash subsidies targeting tens of millions of people as the country introduces various schemes to mitigate the economic impacts of the coronavirus pandemic.

During a Cabinet session on Sunday, the administration of President Hassan Rouhani decided to divest its remaining shares in seven major oil, manufacturing, and investment companies, a move which is expected to generate IRR 435 trillion (over $1.7 billion).

The semi-official ISNA news agency said that the shares will be sold off to Saderat, Mellat, and Tejarat banks, where the majority of shares are owned by private shareholders.

The state-run companies subject to the new divestment plan include four refineries in the cities of Tehran, Tabriz, Esfahan, and Bandar Abbas as well as the National Investment Company of Iran, HEPCO Machineries, and Iran Transfo.

The decision comes nearly a month after the Iranian parliament ratified a motion obliging Rouhani’s administration to pay $2.25 billion in direct cash handouts to people most affected by the spread of the coronavirus.

The motion was signed after being ratified by Iran’s Guardian Council, the body which vets all legislation.

The ISNA report said, however, that just more than a third of the funds generated by the planned divestment, some 145 trillion rials (nearly $570 million), would be allocated to the direct cash subsidy scheme and the rest would be used to reimburse government debts to the three privately-owned banks.

The three banks are supposed to deposit the funds owed to the government for the divestment in four monthly installments to an account owned by Iran’s Organization of Targeted Subsidies, the body responsible for distributing monthly benefits in the country.