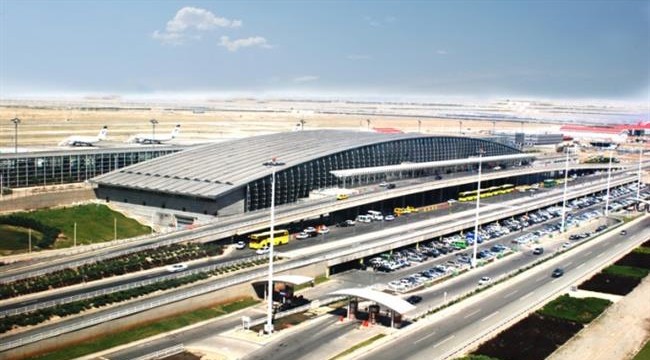 Iran in talks with foreign investors to expand major airport

Iran is in talks with three foreign investors to build the second terminal of its primary international airport in Tehran, the Imam Khomeini Airport (IKA), under an expansion plan which was abandoned by the French in 2017, a senior official says.

The airport, 30 kilometers southwest of Tehran, is currently operating at an annual handling capacity of 7 million passengers through its first terminal, T1. In June, President Hassan Rouhani opened Salam Terminal dedicated to pilgrims. Built by Iranian companies, it has a capacity to handle 10 million passengers a year, but it is not part of IKA’s master expansion plan.

The second terminal, formerly known as Iranshahr, has long been on the cards for development. In January 2016, French industrial group Bouygues signed a preliminary deal to build and run T2, but the company as well as its fellow French partner Aeroports de Paris canceled the $2.8 billion agreement in 2017, citing failure to get financial backing from international banks which feared US reprisals.

NACO and the French companies were among scores of international firms that rushed to Iran as the country re-opened for business after the lifting of sanctions in early 2017, but they withdrew after President Donald Trump pulled the US out of a nuclear deal with Iran and reimposed the sanctions.

Access to Iran’s 83-million market, with an annual output of more than $400 billion, has always been tantalizing to foreign developers and investors, even during sanctions.

“We are negotiating with three foreign investors to complete Terminal 2 at Imam Khomeini Airport and increase its capacity to 35 to 40 million passengers per year,” Managing Director of Imam Khomeini Airport City Mohammtad Mehdi Karbalaei said in an interview with Fars news agency published Tuesday.

The official did not name the foreign companies, only saying they will partner with Iranian entities to carry out the project.

Karbalaei said the architectural plan of T2 is ready, but negotiations are being held up because of the coronavirus situation as well as economic and political issues.

Karbalaei put the airport’s current handling capacity at 10 million, saying the ultimate plan is to build a third terminal, T3, to raise the capacity to 90 million passengers a year.

The airport lies along the main highway linking Tehran to Bandar Abbas port in the Persian Gulf, with access to the top tourist cities of Isfahan and Shiraz. A high-speed railway between Tehran to Isfahan is about to connect through IKA.

Even in its current shape, IKA is Iran’s second customs gateway through which $5 billion worth of goods flow into the country, according to Karbalaei.

“The cargo coming through IKA customs is smaller in volume and weight, but it has a higher value. For example, the entire mobile phones of the country are imported through the Imam Khomeini Airport customs.”

No layoff despite coronavirus fallout

Like other airports and airlines around the world, however, IKA saw revenues hit by the coronavirus pandemic.

During the Persian month of Farvardin which began on March 21, daily flights through IKA declined to five, the official said, adding flights today are a tenth of what were before.

“Before the cornavirus, we had more than 250 flights a day. With the outbreak of the coronavirus and the decline in flights, Salam Terminal was closed in Khordad [beginning on May 21] due to the drop in passenger trips,” Karbalaei said, adding to cut costs, only a small number of personnel is held for maintaining the terminal.

Still, the double-whammy came when a Ukrainian passenger plane was mistakenly shut down by the air defense unit at the airport during a heightened alert in the aftermath of the US assassination of the Middle East’s iconic anti-terror commander General Qassem Soleimani in January.

“In the first nine months of this year, compared to the same period last year, we saw a 91% decline in passenger traffic and an 81% drop in flights,” Karbalaei said.

Unlike most airports and airlines around the world, however, IKA did not cut its workforce which includes 800 regular employees and 1,400 contract workers.

Including maintenance, customs and police employees, some 4,000 people work at the airport, according to Karbalaei.

“During the coronavirus outbreak, we did not have any layoffs and we also told airlines not to reduce staff. However, in many aviation sectors around the world, even in developed countries, we have seen cuts in workforce.”

Foreign airlines, Karbalaei said, are about to resume flights to IKA, including Deutsche Lufthansa and Austrian Airlines which will fly to the airport “in the near future”.

“During my talks with the head of the Lufthansa regional office, he made it clear that they have no problem with Iran’s airspace in terms of flight security. They even confirmed health protocols observed at Imam Khomeini Airport,” he said.

“Lufthansa is considering launching flights to Imam Khomeini Airport. The Civil Aviation Organization has also given the necessary guarantees.”

Karbalaei said while the current problem is only the coronavirus, some foreign airlines might be using unilateral US sanctions as an excuse not to come.