Iranian Foreign Minister Mohammad Javad Zarif warned hawkish US President Donald Trump that any adventurism in his last days in office will bear great responsibilities for him.

The Iranian diplomat added, “FAR WORSE this time. Trump will bear full responsibility for any adventurism on his way out.”

His tweet came in response to Trump’s latest accusation against Iran after a rocket attack targeted the US embassy in Baghdad on Sunday. 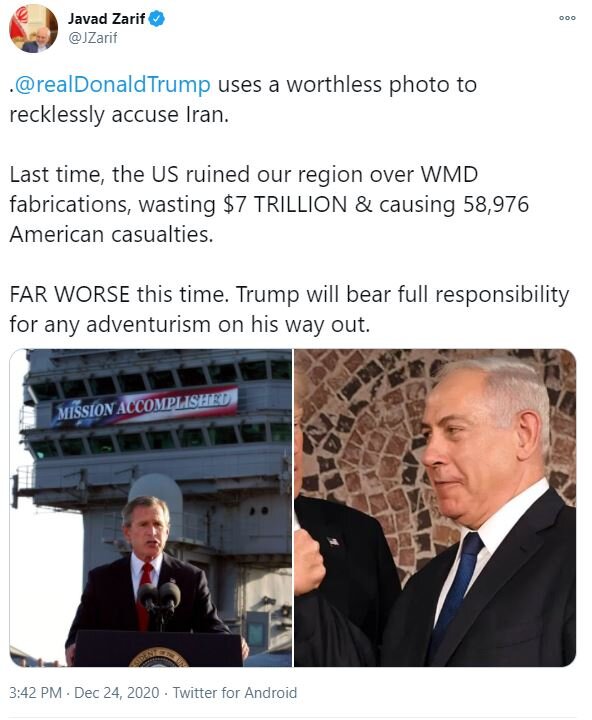 In a tweet on Wednesday, Trump posted the photos of some rockets, with not explanation or proof, saying, “Our embassy in Baghdad got hit Sunday by several rockets. Three rockets failed to launch. Guess where they were from: IRAN. Now we hear chatter of additional attacks against Americans in Iraq…,”

He added, “If one American is killed, I will hold Iran responsible. Think it over.”