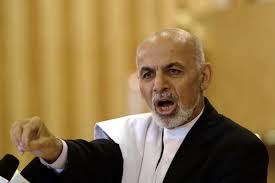 Afghan President Ashraf Ghani said on Thursday that inauguration of Khaf-Herat railway is a historical event which will further strengthen and develop economic relations between Tehran and Kabul.

President Ghani made the remarks, addressing the inauguration ceremony of Khaf-Herat railway in a video-conference participated by Iranian President Hassan Rouhani.

The project inaugurated today is the fruit of efforts made by the two neighboring countries to reach economic welfare for the future, the Afghan president said. 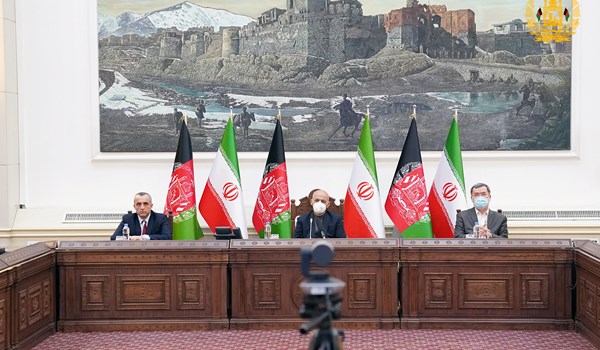 Further, he thanked the Islamic Republic of Iran for its help extended to Afghanistan to fight the coronavirus pandemic.

The Afghan president said that the completion of Khaf-Herat railway during the pandemic era is an indication of both sides’ strong national determination.

He described the project as the revival of foreign trade and economic development of the two countries.

The 225-km Khaf-Herat railroad project has the capacity of transferring six million tons of goods and one million passengers a year.

About 140 out of 225 kilometers of Khaf-Heart railroad project with over 430 billion tomans was jointly inaugurated by Iranian and Afghan presidents.

Today is an unforgettable day for two neighboring states, the Iranian President has said earlier at the opening ceremony.

The 225-km Khaf-Herat railroad project includes four phases that are under construction.

About 77 km of the project, which includes two phases, is on Iran’s soil and the rest in Afghanistan.

Iran has three cross-border transit roads in the Northeast and East of the country with the neighboring state through which it can facilitate Afghanistan’s access to the outside world, according to Iranian officials.