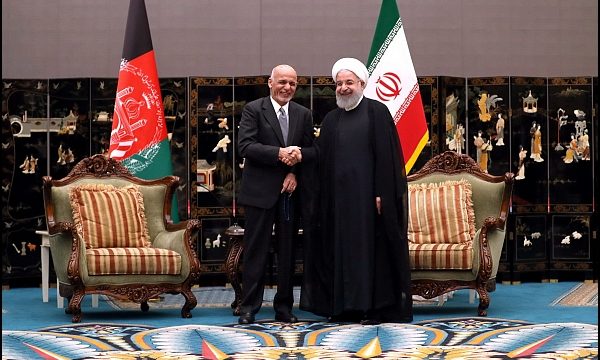 Iranian President Hassan Rouhani and his Afghan counterpart Ashraf Ghani inaugurated the Khaf-Herat railway connecting the Afghan city of Herat to Mashhad in Iran and on to Turkey.

The 200 km railway line was opened by the two presidents via video links on Thursday.

The Afghan president, for his part, hailed the joint railway as a “vital” and “historic” project. “This project is a result of tireless efforts by both countries despite all restrictions,” he said.

The Afghan section of the Khaf-Herat railway built with Iran includes 148 km of the track which will open a new chapter in domestic freight and passenger transportation. It will reduce the cost of moving goods across the region to a fraction of that of highway transport.

The railway will stretch to Chabahar in southeast Iran, boosting Afghanistan’s trade and bringing in its mining sector from the cold to exploit billions of dollars in untapped mineral reserves.

Projects such as the railway through Iran is believed to put a major dent in the illicit opium trade and reduce Afghanistan’s reliance on foreign aid which is tied to heavy deployment of troops from the US, Europe, and elsewhere.