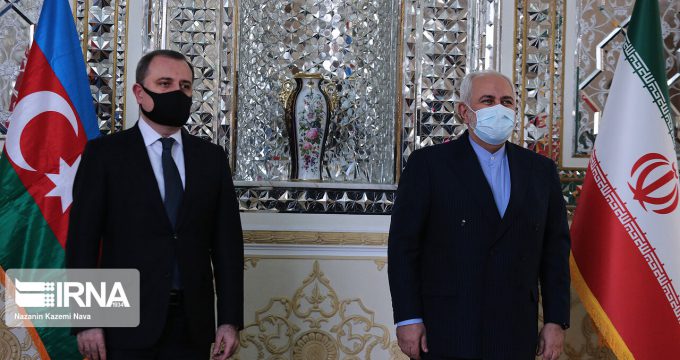 A spokesman for the Iranian Foreign Ministry Saeed Khatibzadeh on Wednesday said that Iran calls for everlasting resolution of Nagorno-Karabakh conflict.

In the context of the good neighboring policy, Iran welcomes the progress made and liberates the occupied territories, Khatibzadeh noted.

During today’s visit to Tehran, the Foreign Minister of the Republic of Azerbaijan exchanged views on the Nagorno-Karabakh conflict, regional issues as well as bilateral relations, he further noted.

Earlier today, in a meeting with the Foreign Minister of the Republic of Azerbaijani Jeyhun Bayramov, Iranian President Hassan Rouhani voiced satisfaction with the end of the conflict and the release of the occupied territories of Azerbaijan and the establishment of a ceasefire.