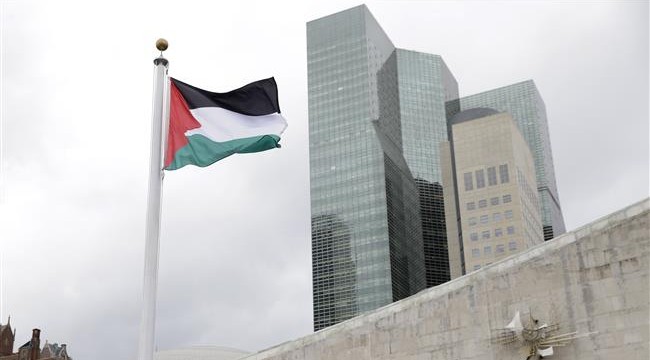 President Hassan Rouhani has reaffirmed Iran’s support for the Palestinian nation in pursuit of its legitimate aspirations, urging the international community to adopt decisive measures against the aggressive and inhumane policies of the occupying Israeli regime.

Rouhani made the remarks in a message to the United Nations General Assembly on Tuesday, on the occasion of the International Day of Solidarity with the Palestinian People.

He said that the oppressed Palestinian people have suffered under the Zionist regime’s occupation for more than seven decades.

Israel, he added, has also intensified its racist policies and organized crimes against the Palestinians through pushing ahead with the annexation scheme, killing the innocent and keeping up sanctions against the people of Gaza amid the coronavirus pandemic.

The Israeli occupation has brought about tragic consequences, among them more than five million Palestinian refugees, the expansion of settlements in the West Bank and Jerusalem al-Quds, the ethnic cleansing of the Palestinians and the cruel blockade of the Gaza Strip, Rouhani said.

Tel Aviv has further taken extensive measures to change the demographic and geographical status of occupied Jerusalem al-Quds by supporting the Zionist extremists in violating the Palestinians’ rights and the forcible eviction of non-Jewish people, he noted.

Such an approach, he said, is meant to Judaize Jerusalem al-Quds and destroy its historical and Islamic characteristics in order to fully occupy the Palestinian lands and prevent its people from returning to their homeland.

“The Islamic Republic of Iran believes that these measures not only drastically deteriorate the situation in the occupied territories, but also have grave regional and international security consequences,” the Iranian chief executive said.

“Unfortunately, all of these actions take place while the international community has not taken any effective measures to end this tragedy and restore the rights of defenseless Palestine people,” he added.

Additionally, Rouhani complained that Israel has increased its inhumane actions against the Palestinians due to the support it receives from a few members of the UN Security Council.

He also warned that the occupying entity endangers peace and stability in the Middle East through advancing a secret production of weapons of mass destruction and taking aggressive regional policies, especially in Syria and Lebanon.

“The Islamic Republic of Iran urges international community to take action against such illegal measures taken by the child-killer regime of Israel, which flagrantly violates human rights as well as the resolutions of the United Nations,” he said.

Elsewhere in his message, Rouhani referred to the normalization deals Israel has recently signed with regional states, saying they are “artificial agreements” on bilateral ties, which were established previously and were lately revealed.

The peace pacts, he said, are considered “a betrayal to the Palestinian cause” and are condemned by Iran and all Palestinians

“It is our firm belief that a just solution for the issue of Palestine cannot be achieved through the normalization of relations with the Israeli regime,” Rouhani said.

“Rather, such a solution can be achieved by enhancing unity among Islamic countries as well as the international community while taking decisive measures against the aggressive and inhuman policies of this regime.”

The Iranian president also stressed that the establishment of peace in the region is only possible through resolving the Palestine issue, helping liberate all occupied territories and restoring the inalienable rights of the Palestinian people to self-determination as well as the return of refugees to their homeland and the establishment of a unified Palestinian state with Jerusalem al-Quds as its capital by holding a referendum with the participation of all Palestinians.

“While expressing its full solidarity with the Palestinian people, the Islamic Republic of Iran once again emphasizes the important responsibility of the international community, in particular the United Nations, to put an end to the occupation of the Palestinian territory and help Palestinians to achieve their inalienable and fundamental rights,” he said.