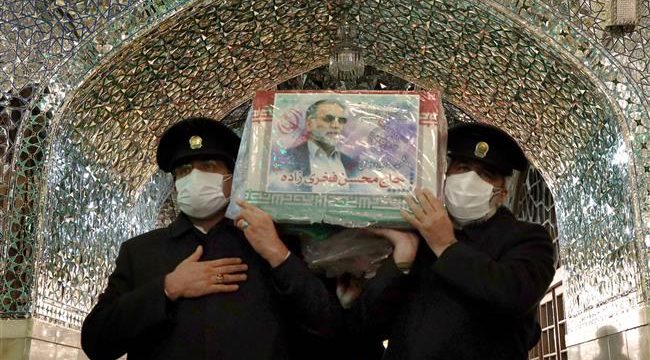 ‘No way around it,’ Iranians to retaliate scientist assassination: Retired US Navy Adm.

A retired US Navy SEAL and special operations commander has suggested that Iran’s retaliation over the assassination of scientist Mohsen Fakhrizadeh is certain, asserting that there is not “any way around it.”

“Iran, you know, either suspects or knows that Israel was responsible for this attack,” Navy Adm. William McRaven told ABC on Monday.

He further suggested that Iran’s revenge will have serious repercussions for the US and its allies.

“That’s not going to be good for anybody,” McRaven said.

McRaven also wondered about the outreach of Tehran’s retaliation for the martyrdom of the nuclear scientist.

“The Iranians are going to be in a position where they have to retaliate,” McRaven said. “I don’t see any way around it. They’re going to have to save face. So now the issue becomes, what does that retaliation look like? Does that then begin to escalate the problems in the region?”

According to a report by The New Yorker, the latest act of terror” will have no impact on Iran’s nuclear program,” which Tehran maintains is solely for peaceful purposes.

The prominent scientist was assassinated in a terrorist attack near the Iranian capital Tehran on Friday.

Photos and footage shared online of the attack showed bullet holes on the windshield of Fakhrizadeh’s car and a pool of blood on the road.

Iran has vowed harsh revenge for those behind the act of terror.