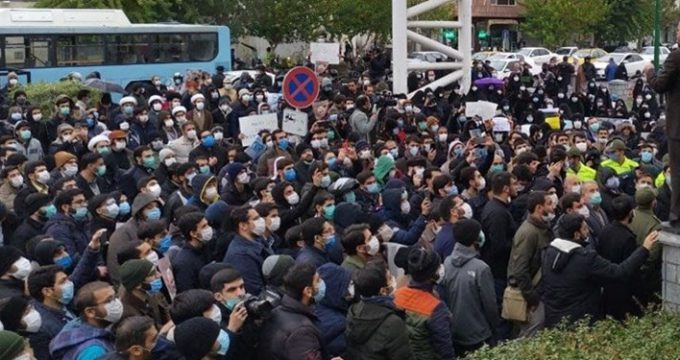 The Iranian people and university students gathered in front of the parliament building in Tehran on Saturday, calling on the government and Armed Forces to take revenge for the assassination of nuclear scientist Mohsen Fakhrizadeh.

In the gathering, the ralliers chanted ‘death to the US’, ‘death to Israel’ and ‘we are ready for martyrdom’ slogans, and condemned the terrorist attack on Fakhrizadeh.

They also called for a harsh revenge from the culprits and perpetrators of the assassination, asking the Atomic Energy Organization of Iran (AEOI) to stop inspections of the International Atomic Energy Agency (IAEA) whose reports on Iran’s nuclear program and naming of the Iranian nuclear scientists have led to the assassination of several of them so far.