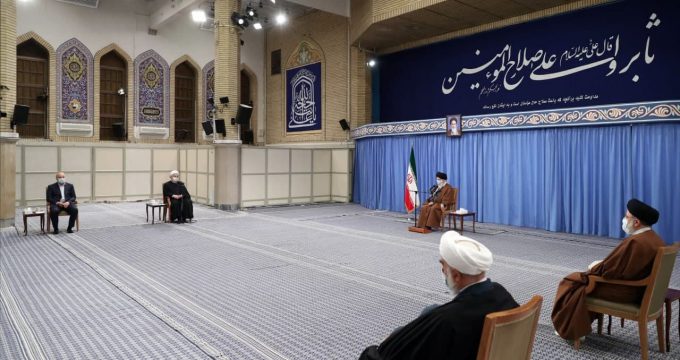 Also, heads of three branches of power and members of the Council were present in the meeting underway in Imam Khomeini Mosque in Tehran.

Supreme Council of Economic Coordination was founded with the order of Ayatollah Khamenei more than two years ago to follow up ways to counter the US sanctions, and deal with the economic situation in the country affected by those sanctions.

In November 2018 and just few months after the US unilateral withdrawal from the July 2015 nuclear deal, US President Donal Trump claimed that he imposed the highest level of sanctions against Iran.