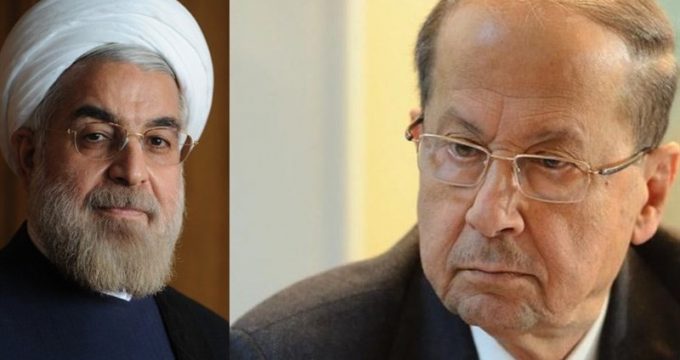 Iranian President Hassan Rouhani congratulated Lebanon on its Independence Day, giving an assurance that the Islamic Republic will continue to stand by the Lebanese government and nation.

In a Sunday message for Lebanon’s President Michel Aoun, Rouhani warmly congratulated the Lebanese leader and people on the country’s Independence Day.

Pointing to the tough days that Lebanon experienced in 2020, Rouhani said the Lebanese nation emerged victorious with fortitude and resistance and under the guidance of wise leaders.

Lebanon proved to the world that it keeps to the path to dignity, independence and progress under the tenure of President Aoun and that rapport and cooperation among various political groups would go on, Rouhani added.

He emphasized that Iran will keep supporting the Lebanese government and nation like the past and is prepared for the promotion of cooperation in all fields.

Lebanon gained independence from France in 1943, when France was occupied by Germany during World War II.