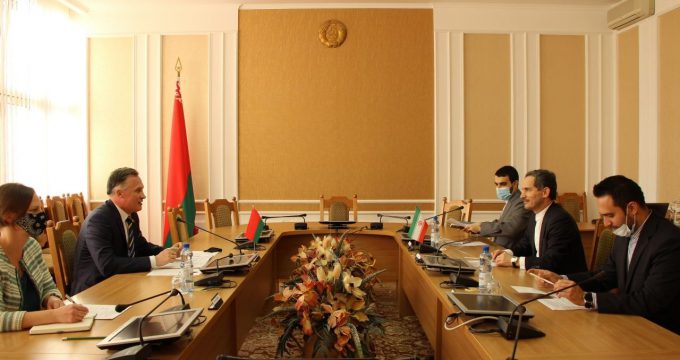 In the meeting between Saeed Yari and Andrei Savinykh, discussed the latest developments of bilateral and multilateral relations between Iran and Belarus and other issues such as parliament, politics, and economic cooperation.

The two officials also discussed the methods to expand and strengthen trade ties and international cooperation between the two countries.

Stressing the role of Iran in the Middle East, Savinykh said that Iran is an important partner of Belarus in the region.

Iran’s ambassador Yari referred to the consultation and cooperation between Tehran and Minsk in international organizations, and called for expansion of relations in every field, especially economic and trade ties in the framework of Eurasia Economic Union (EAEU).

The two parties had beneficial talks about a wide range of issues, including the road map for exchange of parliamentary delegations and video-conference consultations at the level of parliament speakers, heads of commissions of international affairs and foreign policies, and the heads of parliamentarian friendship groups as well.