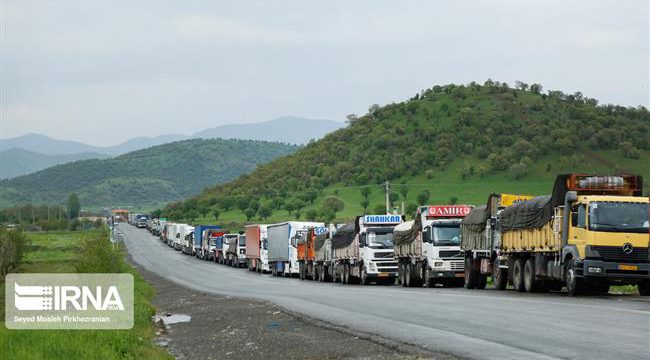 ran says transit through its northern roads and railways will remain unaffected by a new corridor planned to be opened in Armenia following a peace treaty between the country and its neighbor Azerbaijan.

Javad Hedayati, who heads transit operations in the Iranian transportation ministry, said on Tuesday that Iran will still remain a favorable route for trade between countries to its west, northwest and northeast despite the planned opening of a corridor in Armenia that will provide Azerbaijan with access to its landlocked exclave of Nakhchivan.

“It is likely that this corridor will merely accommodate local traffic between Azerbaijan and Nakhchivan,” said Hedayati, adding that Armenia could prevent Turkey’s access to the corridor for transfer of freight or passengers through Nakhchivan to Azerbaijan and further to countries to the east of the Caspian Sea.

Iran’s northwestern territories have accommodated freight and passenger transport between Azerbaijan and Nakhchivan since the start of the so-called Nagorno-Karabakh war in the late 1980s.

A recent round of deadly clashes between Armenia and Azerbaijan ended in a Russia-mediated peace agreement which stipulates that Armenia should provide a corridor through its province of Syunik for Azerbaijan’s access to Nakhchivan.

That would come in return for Azerbaijan’s provision of security for a corridor in its territory to give Armenia access to Nagorno-Karabakh.

Hedayati told semi-official Mehr news agency that Iran will remain the best option for transfer of freight from Europe and Turkey to countries on either sides of the Caspian Sea.

“Fuel is cheap in Iran, there is no need to change transportation vehicle from road to sea for passing through the Caspian Sea and many other advantages have caused owners of freight to prefer the Iranian roads for transfer of goods,” he said.