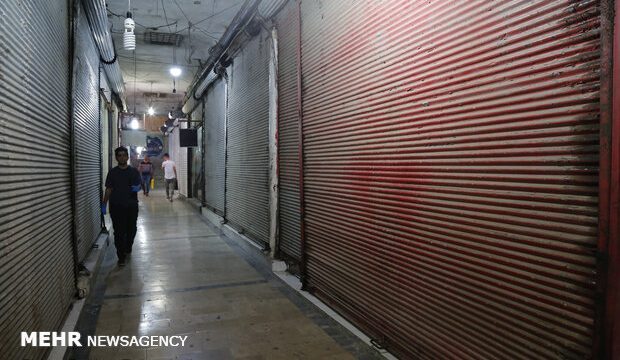 The Iranian government will launch a fresh loan support program to cover 10 million families affected by its restrictions meant to curb the spread of the coroanvirus pandemic.

The Governor of the Central Bank of Iran (CBI) Abdolnasser Hemmati said on Tuesday that households will receive 10 million rials, equal to $238 on official exchange rate, to help them cope economically with two weeks of pandemic-related closures that will begin on November 21.

Hemmati said the government will pay the 12-percent interest that will incur on the loans, saying the aid will target families that are on a payroll for monthly cash handouts of nearly 455,000 per person.

“This loan will be paid to people with no government-sponsored paycheck or those with no fixed salaries,” said Hemmati on his Instagram page.

Iran paid similar 10-million-rial loans, currently worth nearly $40 on market rate, to more than $17 million families in late April amid a first wave of the spread of the pandemic that caused businesses and government agencies to close down for nearly a month.

The announcement on new loan support scheme came a day after the government said it would introduce sweeping anti-virus measures in more than 150 Iranian cities and towns to contain an already surging infection rate.

Members of the Iranian parliament on Tuesday urged the government to provide financial support for families that will be affected by the new closures.

Iran’s health ministry spokeswoman said on Sunday that number of positive coronavirus cases in the country had increased by a 13,352 to reach a total of 788,473 cases.

Sima Sadat Lari said the number of deaths from the virus had also surged by 482 over the past 24 hours to reach a total of 42,461 in nearly nine months of the spread of the disease in Iran.