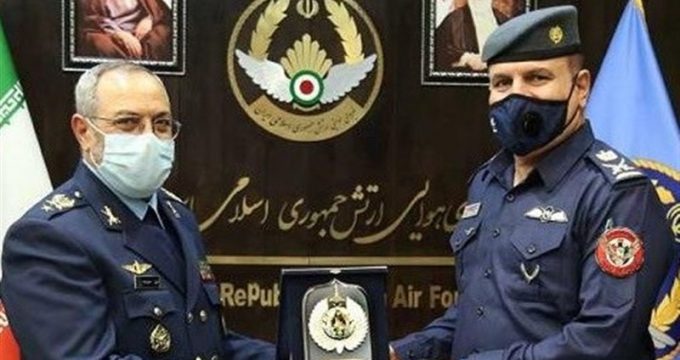 The air force commanders of Iran and Iraq weighed plans at a meeting in Tehran for joint operations in the battle against Takfiri terrorists and other sources of threat to the security of the two nations.

The two commanders talked about ways for operational collaboration in the fight against Takfiri terrorists and other forces that threaten sustainable security in Iran and Iraq.

They also stressed the need for constructive interaction between the air forces of the two countries considering the suitable grounds for joint operations, technical cooperation, interaction in the repair and maintenance of fighter aircraft and drones, and training the military staff.

In a meeting with his Iraqi counterpart on Saturday, Iranian Defense Minister Brigadier General Amir Hatami expressed the country’s readiness to strengthen Iraq’s defense power and supply its demands for military equipment.