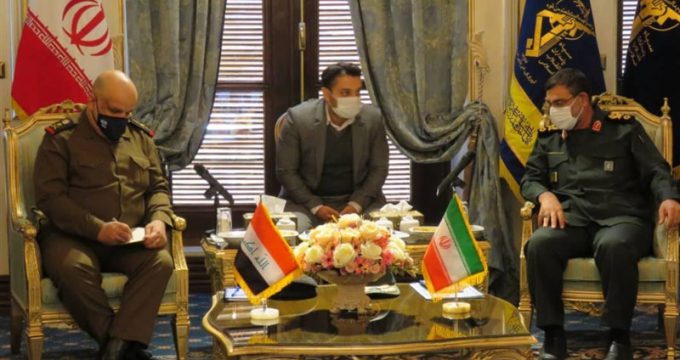 The commander of the Islamic Revolution Guards Corps Navy voiced readiness for military cooperation with Iraq in the naval industries.

Hailing the results of military cooperation between Iran and Iraq in the war against Takfiri terrorism and the hegemonic policies of extra-regional powers, the Iranian general said, “We are prepared to strengthen the existing defense and security capabilities in this field and are ready for any cooperation with the Iraqi Navy in the military affairs.”

For his part, the Iraqi commander welcomed stronger military collaboration with Iran.

Ma’arij also noted that a comparison with the European countries indicates that Iran is catching up with their military technology and is known as an advanced country in the military industries.

In a meeting with his Iraqi counterpart on Saturday, Defense Minister of Iran Brigadier General Amir Hatami expressed the Islamic Republic’s readiness to strengthen Iraq’s defense power and supply its demands for military equipment.