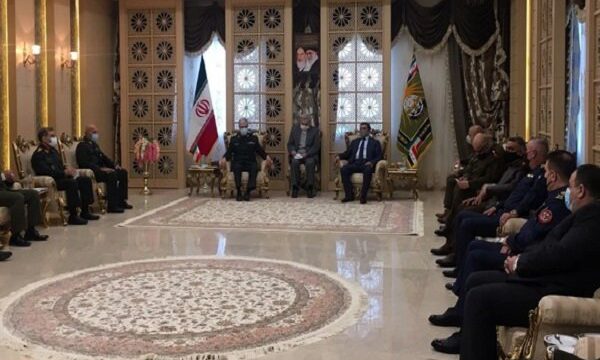 Chief of General Staff of Iranian Armed Forces met and held talks with the Iraqi Minister of Defense on Sunday in Tehran.

Aimed at the expansion of defense and military relations between the two countries, the two sides discussed some issues, including countering terrorism, establishing security in the region, examining the ways to prevent instability in the region.

During the meeting, Hatami voiced Iran’s readiness to fulfill the needs of the Iraqi Armed Forces to strengthen the country’s defense power.