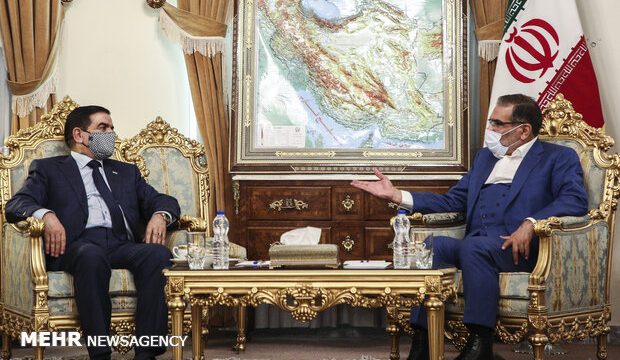 Iran to deal with any component of insecurity in region

Secretary of Iran’s Supreme National Security Council (SNSC) said that Iran will deal decisively with any component of insecurity that seeks to disrupt the peace of Iranian and Iraqi people.

Referring to the good and effective defense and security cooperation between Iran and Iraq in the fight against organized terrorism by the United States and its allies in the region, Shamkhani said, “These collaborations ensure the stability and security of the region and must be upgraded and institutionalized to strategic levels.”

Stating that one of the US goals of the its presence in the West Asian region is to create discord and conflict between the countries of the region, he stressed the need for vigilance of all countries in the region to counter this sinister conspiracy.

“Maintaining the security of the borders of the two countries is very important,” he said, adding, “The Islamic Republic of Iran will deal decisively with any component of insecurity that seeks to disrupt the peace of Iranian and Iraqi people.”

“One of the most important components of peace and stability in the region is the complete withdrawal of US troops,” he said referring to the explicit acknowledgment of senior US officials that their presence in the West Asian region has resulted in nothing but incitement to war, instability and the loss of vital resources in the region.

Appreciating the full support and assistance of the Islamic Republic of Iran in repelling terrorism from Iraq, Iraqi Minister of Defense Juma Inad, for his part, emphasized on strengthening and expanding Iran-Iraq relations, especially in the military and security fields.