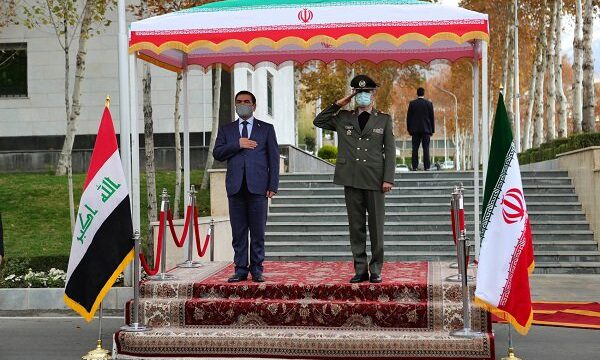 Brigadier General Amir Hatami made the remarks in a meeting with the Iraqi Minister of Defense Juma Inad to commemorate the martyrdom of Lt. General Soleimani and Abu Mehdi al-Muhandis on Saturday.

He went on to say that Iran supports the security and territorial integrity of Iran, adding that there is good cooperation between the two countries in the fight against terrorism and establishing security in the region.

According to Hatami, the intervention of foreign powers is the main source of instability in the region. 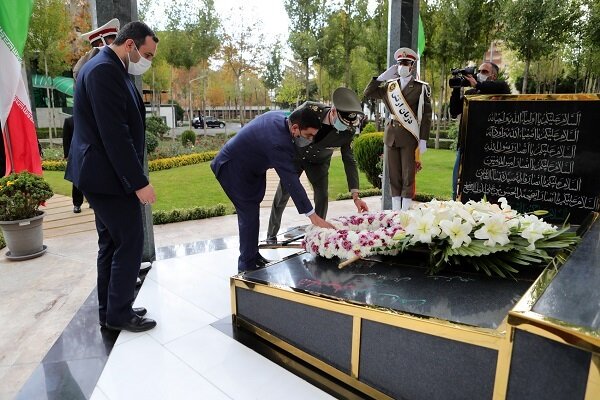 He further noted that world powers including the US have long-term plans to destabilize the region.

Iran’s Minister of Defense maintained that regional countries must ensure their security by themselves and the presence of trans-regional forces will not contribute to peace and security.

He also referred to the normalization of relations with the Zionist regime as a betrayal to all Muslim nations.

Hatami voiced Iran’s readiness to fulfill the needs of the Iraqi Armed Forces to strengthen the country’s defense power.

Iraqi Minister of Defense also said that his country seeks to expand bilateral relations with the Islamic Republic of Iran.

Juma Inad underlined that Iraq is striving to strengthen the capabilities of its Armed Forces to eradicate terrorism in the region and further appreciated the efforts of the Islamic Republic of Iran in the fight against ISIL terrorist elements in Iraq.