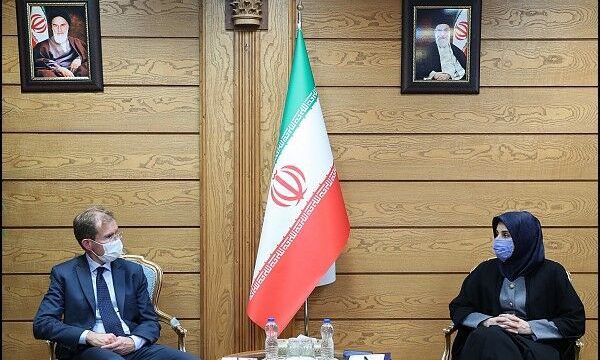 Iran calls on US to live up to int’l commitments

Iran’s Vice President for Legal Affairs Laya Joneidi on Thursday called on the United States to comply with its international commitments.

Joneidi made the remarks in a meeting with the newly-appointed Ambassador of Norway to Iran Sigvald Hauge while pointing out Iran calls on Europe to participate in bilateral and multilateral relations.

She also called for establishing economical and trade ties with Europe, terming the US’ behavior, particularly in the recent era, as contrary to diplomatic norms.

The Norwegian side, for his part, touched on Iran’s civilizational and cultural history, adding that friendly relations with the country are of importance to the Norwegian government.

Norway is closely following the developments of the JCPOA, he said, adding that the Norwegian officials hope to witness an opening in the issues by returning to international laws and regulations.