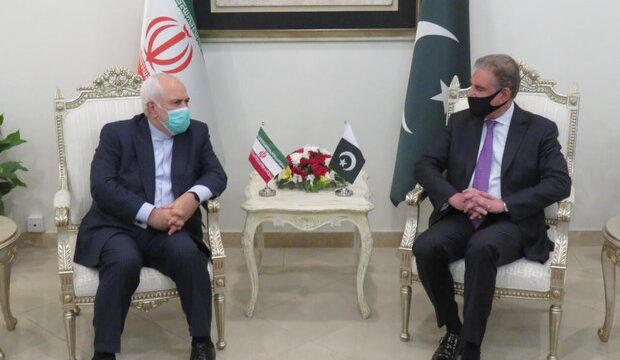 Iran ready to discuss new ways of trade with Pakistan

Both sides conferred on the development of political, economic, and international cooperation between the two countries.

Referring to the deep historical and cultural interests between the two nations, Zarif voiced Iran’s readiness to expand its relations with Pakistan in all the fields.

He welcomed Pakistan’s decision to open new border markets to develop trade relations between the two countries and added that the Islamic Republic is ready to discuss new ways of trade exchange.

The Iranian diplomat also emphasized the significance of constant consultations regarding the security of border areas.

Shah Mahmood Qureshi stressed the significance of establishing peace and security on common border areas and noted that Pakistan will not allow anyone to take any hostile action against Iran.

Regional developments, issues of the Islamic world, countering Islamophobia, regional cooperation, especially the strengthening of the ECO Organization, joint fight against terrorism and illegal immigration and facilitating pilgrimage, as well as the formation of a joint economic commission in the near future were among other issues discussed during the meeting.