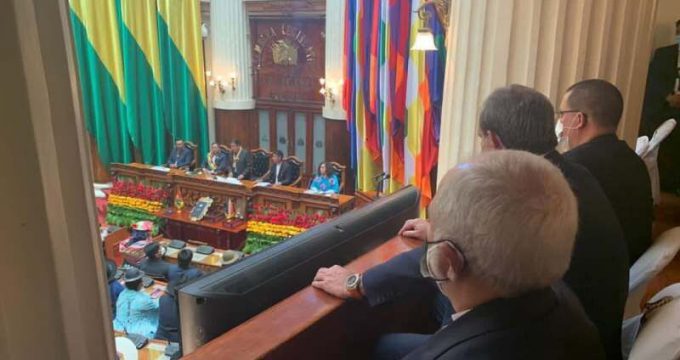 Zarif arrived in La Paz on Saturday night and met with Arce.

He congratulated Arce over his election and underlined the importance of reinforcing relations.

Iran will stand by the Bolivian government and people, he noted.

Meanwhile, Arce said that his country seeks to further develop relations with Iran.

The Iranian foreign minister had earlier visited Caracas and Havana on his three-nation Latin American tour.

President Hassan Rouhani earlier said the recent elections in Bolivia were not only a consolidation of the foundations of democracy, but also a magnificent display of justice by the great Bolivian nation.

He further expressed Iran’s readiness to restore bilateral relations and expand cooperation with Bolivia in all areas.